KYLE IS A UNITED AIRLINES CUSTOMER SERVICE SPECIALIST. HE IS MARRIED WITH 2 KIDS. KYLE AND HIS WIFE STILL MANAGE TO MAKE TRAVEL AND ADVENTURE A PRIORITY OF LIFE. VISITING OVER 34 COUNTRIES TO DATE, HIS GOAL IS TO SEE AS MUCH OF THE WORLD AS HE CAN, LEARNING MORE AND MORE AS HE GOES.

A ten hour layover in Seoul became one of my fondest memories in South Korea.  My wife and I went into the city to snap pictures of Gyeongbokgung Palace.  Afterwards, our stomachs lead us in search of substance. However, despite being near a popular tourist spot, our surroundings consisted of what looked like a business district.  I glanced around and didn’t see anything that resembled a restaurant, but then something caught my eye.  It was definitely lunch hour, as I saw a handful of business men in suits on the move. They were going in and out of this little alley.  We went to investigate and saw what appeared to be a bunch of restaurants (we assumed as the signs were only in Korean).  Picking one based on smell, I’ll never forget this place. 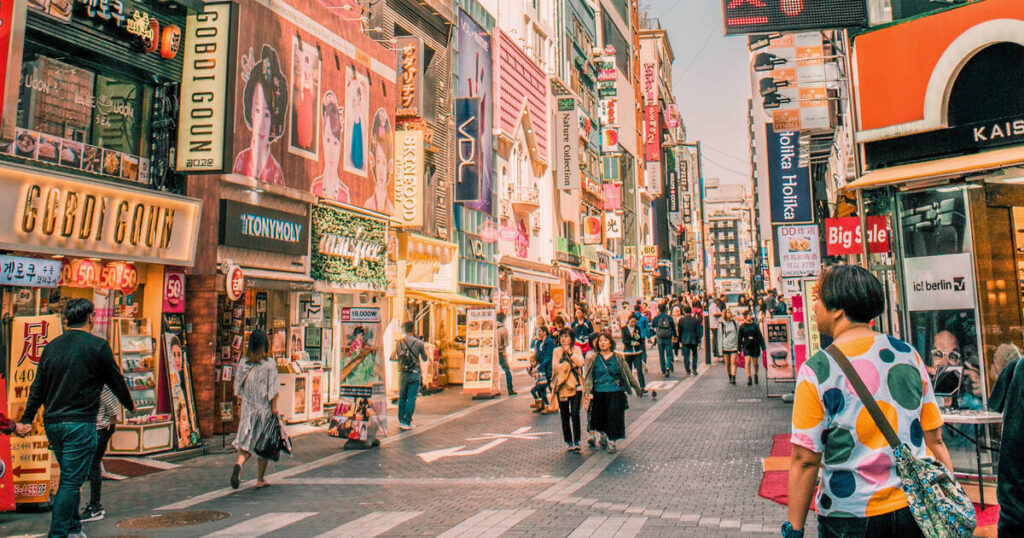 First you had to take your shoes off, leaving them at the door.  The next thing we noticed was all their tables were shin high, with little cushions surrounding, and a burner in the middle of the table.  Once again, our language barrier created a problem with the menu. Based on what everyone else was eating, we assumed you would get a wok filled with soup and a bunch of little bowls filled with vegetables and kimchi.  The waitress came over to take our order, she knelt down next to us, opened her mouth, and…, smiled. She let out a little chuckle.  She instantly knew we didn’t speak any Korean,(must have been the confused glaze in our eyes) and she didn’t know any English.  I tried to communicate by pointing and miming. I wanted what they were having at the table next to us, but my wild hand gestures were getting us no where.  Luckily, one of the men at the next table saw what was going on and asked in English if he could help.  I asked him if they had any soup with fish, he said yes, then spoke something in Korean to the waitress. We sat and waited for our surprise meal.  When the food came out, it smelled amazing, and tasted even better.  I still have no idea what it was, but I do remember a fish head floating in the soup. I assume it was some sort of fish soup.

All in all, this is what traveling is about:  Eating where the locals eat.  Getting into the culture when you travel. Ordering a taco from some lady making them out the back of her house in Mexico.  Sampling the intriguing street food in India.  Drinking the corn beer in Peru which only the “rural people” drink.  And siting cross-legged at a Korean restaurant that makes you take your shoes off at the door. Although these situations may seem uncomfortable in the moment, you gain giant steps in understanding a culture. Because we had the courage to enter this restaurant, I have a very fond memory or Seoul, one in which I learned a new cultural experience, ate wonderful food, was served by a kind waitress, and was helped by a sympathetic local.