“Real Jobs are for Jerks”

Written by Kevin Eddy, a Breckenridge ski instructor and trainer. He is a 25 year snow-sport educator, whose career has led him on ski adventures in Wyoming, South Dakota, New Mexico, and Colorado. Currently he is soaking up nearly as many ski days as his ski bum heroes, and looking for opportunities to get even more via the backcountry.

If you take a morning stroll down Main Street in Breckenridge, CO on any day during the ski season, it will seem like any other morning, in any other town.  The hustle and bustle of business owners getting their doors open.  Food trucks supplying their wares to said businesses.  People searching out their morning coffee.   It’s all pretty normal… save the clunk of ski boots on the sidewalk, and the 12,000 foot peak looming over the town.

But, if you look closely you’ll see another difference.  A small crew of skiers and snowboarders, who seem oblivious to the call of Starbucks.  Who walk straight past the retail shops, the Bistros, and head directly to Clint’s.  It’s here that we see that last vestige of skiing and snowboarding freedom in their natural habitat.  Collectively, albeit inaccurately, known as “ski bums”, this jolly posse of shiftless layabouts really has it figured out.  They all know that Clint’s is the place to go for the best breakfast sandwich and get the best deal on a cup of joe.  Everyone in the place knows one another, employees and customers alike.  It’s a morning tradition repeated day after day… all winter long.

The frugality of this powder-chasing mob doesn’t stop there.  They’ve got the whole town wired.  With short-term and vacation rental properties choking out potential habitations for our merry band of heroes, they’ve had to become seriously innovative.  Granted, cramming 8 people into a 4-person space isn’t all that new. It’s still a common money-saving tactic used to create enough disposable income to afford a season pass.  There are others who have figured out that for the cost of a month’s rent anywhere else, they can buy a pass to the Fitness Center and enough propane for the van/camper for 6-7 months.  Mobile living accommodations, a way to get a hot shower and free WiFi?  CHECK. They soak up all the good night jobs, stocking groceries at the City Market or sorting boxes for UPS.  Where are the best “2 for 1” appetizer deals in town?  Ask a Ski Bum.  If there is a way to acquire anything for cheap or free in town… there isn’t an App for it;  there’s a Ski Bum. 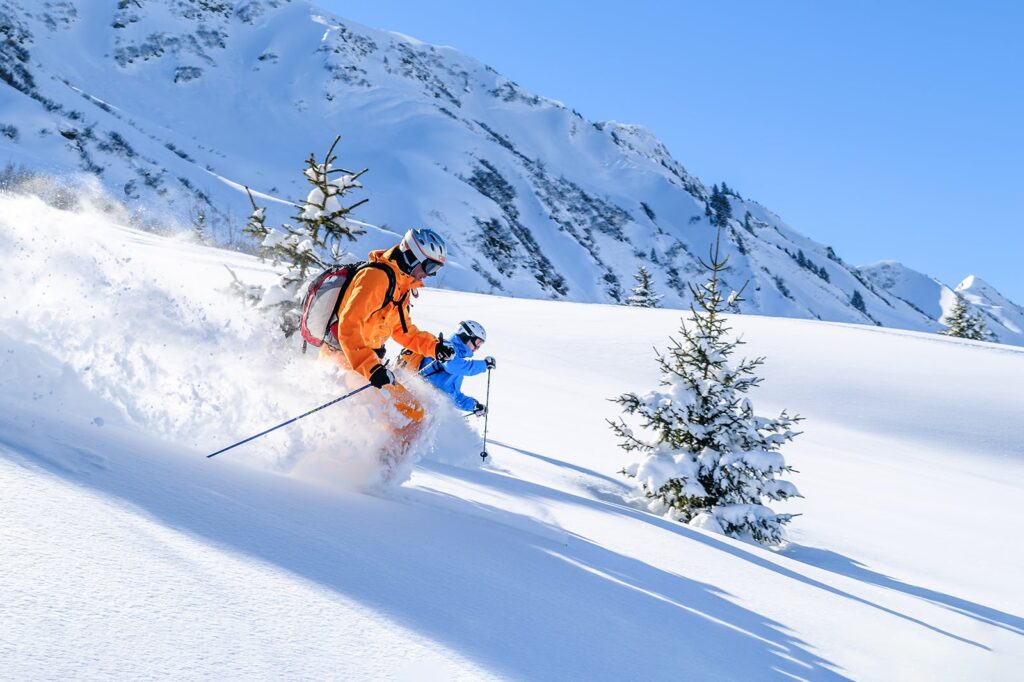 The question then becomes “Why?”  Why live this way?  Why forego the warm touch of the opposite sex for months on end?  Why put aside the baser comforts supplied by a career?  Why make the conscious choice to dodge societal norms and subside on the bare basics?  WHY?

It’s an easy enough question to answer if you spend just a minute looking at their lives.  The “Ski Bum” is very likely living a better life than any of us… AND THEY KNOW IT.

They get to wake in the morning, put on their gear, and slide down the side of a snow-covered mountain.  It’s the source of their adrenaline-fueled existence.  It allows them to create and be part of a Tribe that rivals the strongest of families.  The sense that they’ve outsmarted the rank and file of society sets them apart, and above, the people back home.  “Real jobs are for jerks.”, they say, before plummeting down their favorite line or through their most challenging terrain.

The “Why” of it all isn’t lost in laziness, or lack of options.  The real Ski Bums of this world, while a threatened species for sure, have made a choice to be exactly what they are.  And to them, the payoff is greater than any paycheck could ever supply.  Their pay is powder days.  Their benefits are cheap or free beer, early lift rides, and Instagram shots of lines no one knew even existed.  Their opportunities lie in the vast mountains, where only the few know the best spots to gain that certain self actualization not available to those dead souls coasting to their jobs in the city.

This life they have chosen presents challenges, yet they carry on undaunted. They push on paycheck to paycheck, living on adrenaline and face-shots. The morning trudge to Clint’s starts a new day, and every day means a new thrill. No financial, societal or other challenge will stop this endless chase that keeps the ski bum motivated. Eventually, they may  morph into unrecognizable versions of themselves, and I think that all of them will find a way to be ok with that… and for that I remain eternally grateful.  They show us that life isn’t about material gains, but about experiences… and in a world where Imitation is the best form of flattery, I’ll continue to do my best to imitate the Ski Bum.