When I was living in Germany I tried to steal a beer mug from a beer fest on two separate occasions and got caught. The funny thing about it was that everyone else was doing it, I was just the one who wasn’t smart enough to get away with it. It’s fest season in Germany.

If you’ve ever taken part you know what I’m talking about. If you haven’t, then you are in for a treat. It’s a beer drinking extravaganza unlike any other. Oh yeh, and there are games. Roller coasters that make you want to puke and even a hill aptly named Drunk Hill, where one friend put it best: “Drunk hill is a good place to play a drinking game. First one to get carried and dropped off the top loses.” There are many beer fest options in Germany, and below I’ve put together a few thoughts on some the different types.

WHERE IN MUNICH IS OKTOBERFEST?

When King Ludwig I got married in 1810 he threw a party like no other. Held on the Theresienweise grounds in Munich the king and his new wife had their wedding reception for the citizens of Munich. 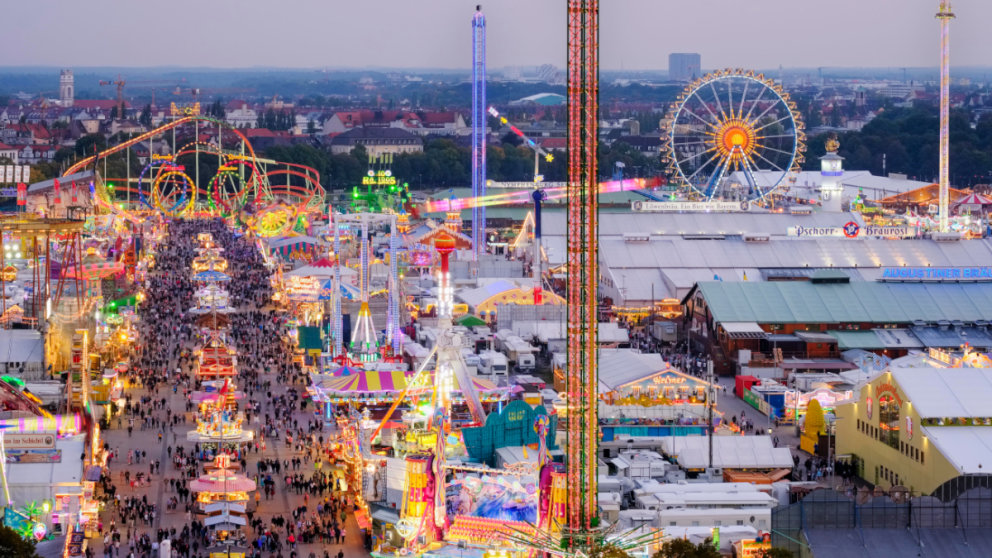 Since 1810 the event has expanded, now lasting for an extraordinary 16 days from the end of September to the first week of October. Carnival rides have been added, and an inhumane amount of beer is consumed every year. Oktoberfest has become the largest festival in the world, attracting over 6 million people annually. 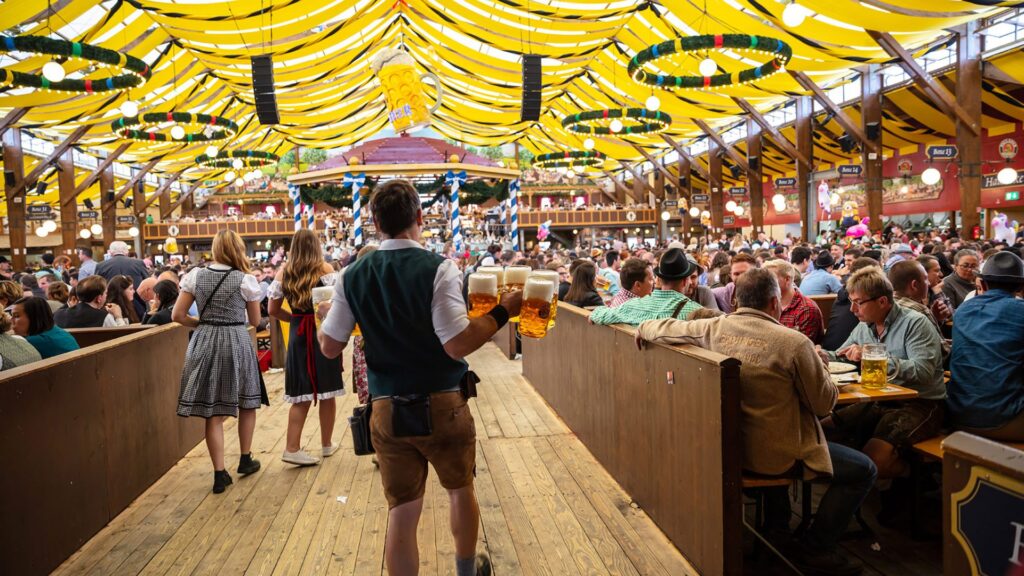 • Did I mention the largest fest in the world!? There is no party that compares.

• World renowned for the beer, food, and diversity of people. Last time I went I talked physics with a guy from Norway. Hows that for your barroom talk?

• Get a chance to drink all of “the Big 6” at one place. “The Big 6” refers to the 6 Breweries who produce beer in Munich: Lowenbrau, Hofbrauhaus, Augustinerbrau, Paulaner, Hacker Pschorr, and Spaten.

• This fest has everything to make you happy. They have an awesome carnival. Ride stomach churning roller coasters, take a spin on the ferris wheel, or shoot the tin cans and win a prize for your Schätze.

• Munich is an awesome city, a mecca of culture, great food, and much history. On top of the beer festival you can explore the many rich layers of Munich.

• You can expect lots of tourists.

• Good luck finding a table inside of a beer tent to sit at.

• Lodging, food, and beer and all very expensive. Come prepared to spend money, which doesn’t really keep you of debt.

• Oktoberfest, O-fest, is the corporate fest, meaning you lose a bit of authenticity and probably won’t find yourself swigging beer with a local.

Many of the smaller towns in Germany also hold yearly beer festivals, many called “festwoche,” or fest weeks. These festivals haven’t been around nearly as long as O-fest, but they provide a touch of authenticity that O-fest cannot. 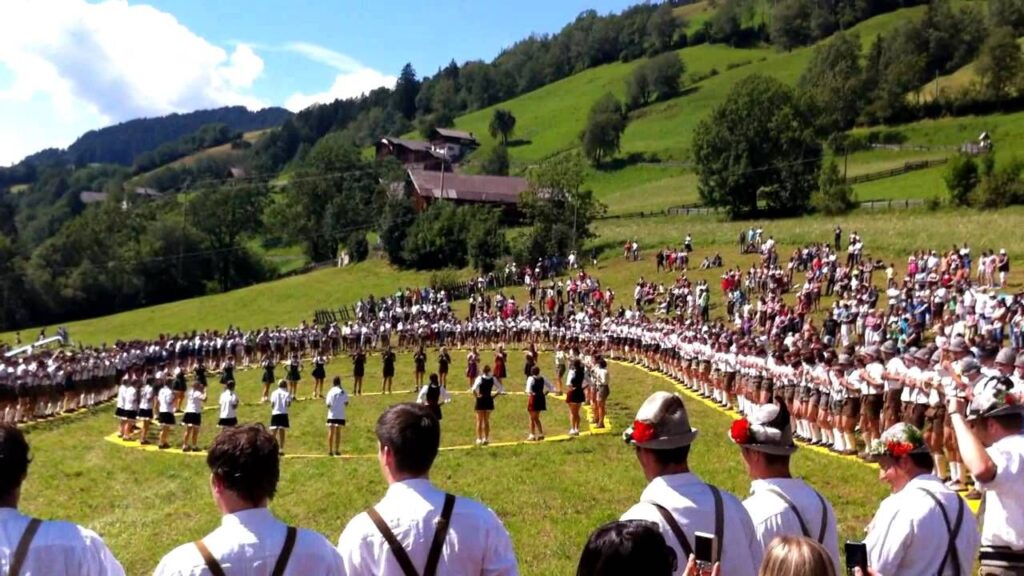 Food for Thought: Which Beer Fest is your favorite?