The presence of religion in the world and the influence it has had on shaping the modern world, for good and bad, is undeniable. But, many of these by products are causal effects that may or may not have occurred anyway. Take Monserrate for instance, without religion would the city have built an amusement park instead of a church at the peak? Today, would we be riding on a roller coaster that precariously hugs the edge of the cliff instead of hiking up 1,500 feet in pilgrimage?

Dominating the mountains surrounding Bogotá is Monserrate, a 10,400 foot peak topped with a church. Accessible by cable car, tram, or stairs this sanctuary is a testament to the deep spirituality in Colombia. It is at places like this, a church on a mountain, that you grasp how important faith is in Colombia. 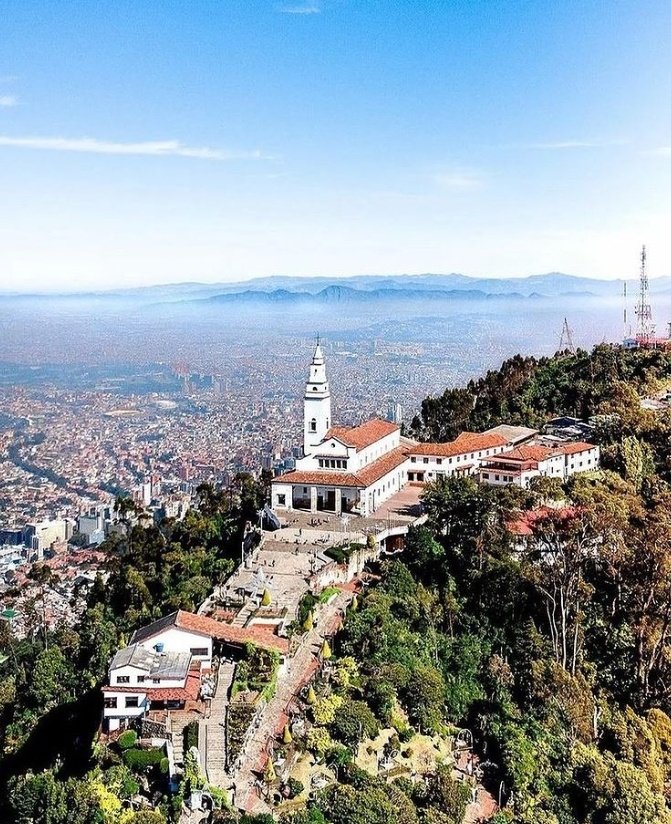 In the early 1600’s a group of individuals began using the mountain top as a place for religious celebrations. This group was known as the brotherhood of the Vera Cruz. This catholic fraternity formed in Seville, Spain and spread from there. Their presence in Colombia was inevitable, as Spain originally settled on the coast forming the first city of Santa Marta and later Cartagena before moving inland. With their settlements they brought their culture to the indigenous people.

In Bogota, as word spread about the religious celebrations held by the brotherhood of Vera Cruz on Monserrate, and as the site grew in popularity with locals as a short pilgrimage and spiritual destination, a deal was struck with the archbishop and another important Bogota political figure to allow for the building of a small religious retreat.

CHURCH OF THE FALLEN CHRIST

It wasn’t until around 1660, when the father in charge of the small hermitage retreat ordered a sculpture made for the religious space, that the common name came about.

The father ordered the carving to depict Jesus being taken off of the cross, and hence garnered the religious space with the name “church of the fallen Christ.” In time it became apparent that people were making the short pilgrimage, either by running, walking, tram, or on their knees as penance, to see the “fallen Christ” sculpture and not the one dedicated to the matron saint of Monserrate. 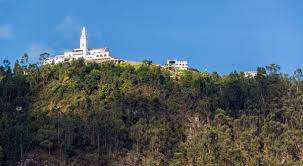 THE GARDENS OF MONSERRATE

This retreat has evolved much over the years. In addition to the church the mountain top retreat of Monserrate offers a beautiful walk through, gardened stations of the cross that traverses part of the mountain side. An extraordinary waterfall begins at the base of the church steps with a sculpture of Jesus on the cross and slides down seven tiers before disappearing underground. Then a well begins. Say a prayer or make a wish and flip a coin into the grate.

Finally, take a moment to enjoy your own pilgrimage, whether or not it has spiritual undertones, and gaze down towards the city of Bogota. Meditate, write, reflect, or simply take in the towers, bull fighting ring, and the way the houses ran out of room on the valley and spread up the sides of the surrounding mountains.

Food for thought: Would you climb 1,500 ft on your knees like some of the pilgrims do?