The bus rumbles down the black topped freeway; skimming by in flashes of green fields, almond trees and compact cities the landscape constantly materializes and vanishes in a blur. “We have been called the 51st star on your flag” says the bus driver in ray bans and long white Nike socks beneath blue trousers. His hair, a gray prickly stub, is shaved short in an attempt to hide balding brought on by middle age. His forearms and hands are muscular, evidence of a life of hard-work. Keeping his eyes on the miles of freeway he says, “We want to be more like the west and less like the east.”

The thought of creating a cultural identity is something American’s never struggle with, as the need to contemplate such matters seems irrelevant for a country synonymous with the West. The United States is the West, we define and are the catalyst for the changing definition of the word. Israel is a country struggling to find an identity not exert one; they are caught between two very different philosophies and cultures.

The East slams Israel with Islam while the West brings Judaism and Christianity. While both sides bring more, religion is an essential characteristic that defines Israeli culture. In Israel all three religions are present, and there is no better place to see them all interact then the capital Jerusalem. In J-town the Western Wall and Church of the Sepulchre are the pinnacle physical manifestations of faith for Jews and Catholics respectively. 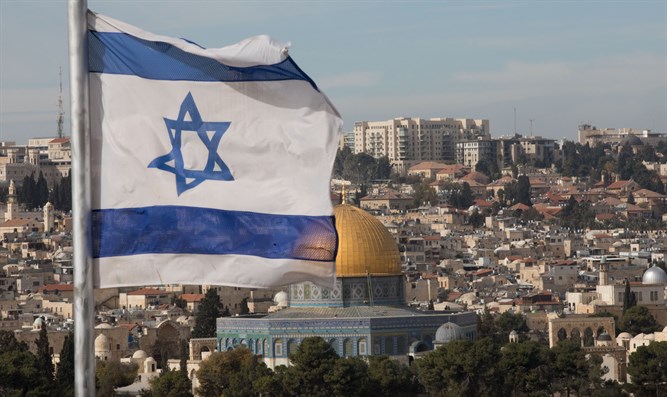 Travel outside of Jerusalem and, to name just a few other places, you have Nazareth, the Sea of Galilee and the Jesus Trail connecting the two via many other biblical cities. I spoke with Dave, one of the men who came up with the idea of the Jesus Trail in the kitchen of the Fauzi Azar Inn, where good conversation seems to congregate. “The goal is to make it accessible to as many people as possible,” he softly says as he sips his Earl Grey tea (taken UK style with enough milk to turn the black tea an earthy brown).

The way he talks about the trail lets one know instantly he is passionate about what he does. He has a short, crew cut with a beard as long as his hair. He is soft spoken, but his intensity for life is noticeable in his eyes. Coming from Philly, in 2002 he studied here; in 2007 he returned to map out the trail and in March 2010 wrote a guide book to accompany the trail. He put in literally thousands of hours with GPS tracking, mapping out the best route and pouring over biblical stories to connect the dots. The trail takes four days to walk, and travels the most scenic and beautiful route possible between Nazareth and the Sea of Galilee. Visitors can walk between historical sites and locations important in the life of Jesus. One day I will return and walk this trail, when I have more time. Although the Christians and Jews are greatly outnumbered in this region opportunities like this provide non-traditional ways to connect with these faiths.

J-town is also home to mosques and Muslims located several miles away from praying Jews and Catholics. Israel needs to redefine itself to keep up with the modern world, and they are turning to the West for help. Seeing the search of this country for an identity is hidden amid the shambles of the West bank, an Eastern Jerusalem with unrecognized Arab citizens, checkpoints, devout religious sects and 18 year olds carry semi-automatic weapons (Speculation is that the military makes these young kids grow up fast, for good or bad). At first, all of the chaos appears an attempt to forcefully unify a nation and protect it’s borders from the influence and violence of nearby countries such as Syria and Lebanon. But, another story exists as well.

The country is attempting to find itself, attempting to redefine the standard of living to a tune more in touch with the West. Salim, a bald, shiny-headed 60 something year-old originally from Nazareth gave us a bit of insight into how difficult it is to make ends meet. “The end of the month, you have no money. It’s expensive to live here,” he slowly enunciates in English while resting his right hand on his left wrist and both on his pudgy stomach.

Prices are high and wages are low; there is no longer a middle class. There is the poor and the rich, and yearly the US pours huge sums of money into Israel to prop up trade deficits. This influence in Israel is noticeable. The nicely paved highways, malls, vehicles, superb English speaking, style of dress and teens carrying i pods. More than once I mistook an Israeli for an American because of a north face jacket and iPod or an abercrombie shirt and pale skin. But something is still missing; beneath the American brand names and American style fast food there is a flair of the East.

Israel is moving forward, but they are trying to do so on their own terms. They do not want to follow in the exact footsteps as their big brother, the US, but form an identity best fitting them. They want the influence of the West but the culture religion bring. In the States we have paved ahead so fast and so headstrong in alpha-male (or…errr…alpha-country) style we are unable to understand the plight other countries go through in finding an identity. Israel is a malleable child, impressionable and mirroring the mindset of the cultural powers around it. But, I fear as long as we have religion we will have intolerance.

Fervent religion breeds intolerant behavior through close-mindedness. The security checks at train stations, and armed personnel walking the streets and traveling the buses will not change. Israel will always need the guns and military for protection, for religion brings hope and hatred depending on where in J-town you bow your head in prayer- the western wall or the mosque.